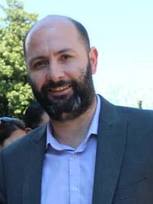 ​A native of Northern Ireland, Brendan received his Juris Doctor at The Catholic University of America in Washington DC, in January 2009. Focusing on the representation of foreign born nationals, and US employers with their US immigration matters, his work includes an emphasis on Extraordinary Ability and National Interest Waiver cases, as well as EB-1B, PERM, J-Waiver, H1B and O and P Visa applications. In addition, he has successfully utilized both the E and L Visa processes to assist investors and other companies start up companies here in the United States, as well as assisting them in transferring employees from foreign corporate offices to the US. Brendan works extensively with scientists, researchers, physicians, and other professionals, as well as organizations and employers in both academia and industry. He assists with their temporary and permanent visa applications on a company, individual, and institutional basis.

He has been invited to speak on a number of occasions at the Annual Meeting of the National Postdoctoral Association, and NAFSA Region VIII, as well as conducting legal seminars at Universities and institutions across the United States. Brendan has co-authored numerous articles related to postdoctoral issues for the Post Docket (quarterly newsletter of the NPA), and currently serves on their Advisory Council. He has also been quoted in a number of news and media articles related to immigration issues for scientists and researchers.